FOR THE ISLAMIC UNION

We declare and manifest that in order for the prosperity of the Muslim Nations, safety and survivability of the states which were builded-up by them, establishing and continuation of the peace all around the World, domination of justice and getting out of Islamic World again as a super power on the stage of history, it is required to be gathered under a will for the ISLAMIC COUNTRIES which approves ASIA-AFRICA “ASRICA” Geography as axis, therefore urgently establish “THE PARLIAMENT OF THE ISLAMIC COUNTRIES”, which operates permanently, necessity of the implementation for the ECONOMIC COOPERATION SYSTEM OF THE ISLAMIC COUNTRIES BASED ON THE ISLAMIC ECONOMICS, along with a JOINT DEFENSE INDUSTRY PRODUCTION, which will enable the Islamic World to reach the economic power it deserves.

ASSAM,recognizes it possible to establish the ISLAMIC UNION by fathering under a single will through a structure of NINE REGIONAL FEDERATIONS based on their ethnical and geographical distances, along with a CONFEDERATIONAL structure comprising of these regional Islamic Federations, without changing the national borders and structures of 61 Islamic Countries within the scope of ASRICA (27 in Asia, 28 in Africa, 4 in Europe and 2 in South America).

Islamic locations, harboring 61 states out of 193 states that are the members of the United Nations Organization (31% of the world population).

1.85 billion of the world population of 7.63 billion (24% of the entire world population) comprises of the citizens of Muslim Countries, whilte 30.9 million km2 of the 150 million km2 of the world lands are occupied by 61 Islamic Countries (20.6% of the entire lands of world). The ISLAMIC WORLD having 55.5% reserves of the oil, 65% of the petroleum production, possessing 64.1% of the natural gas reserves, 40% of the production of natural gas possesses a geopolitical values that is a candidate to become the super power of future in ASRICA geography by joining under their opportunities, efforts and aims through its geopolitical position, joint civilization values and historical assets. (ANNEX-A-B)

When the defense budget, the number of war weapons, tools and equipment are taken into consideration, it is seen that the Islamic World has the potential to be in the top three of the world's superpowers.

ASSAM envisions the establishment of an Islamic Union rendering the following units responsible:

As in Al-Anfal 60th verse in Qoran:

“Prepare against them whatever you can of [military] power and war-horses, awing thereby the enemy of Allah, and your enemy, and others besides them, whom you do not know, but Allah knows them. And whatever you spend in the way of Allah will be repaid to you in full, and you will not be wronged.”

The development of warfare industry and technology is encouraged, highlighting the coordinated movement of industrial elements.”

In the Cabinet of the Confederation of Islamica States of ASRICA, it is deemed suitable that the Ministry of Defense Industry is one of the five ministries to carry out the activities of identifying the needs of Defense Industry Products, renewing, manufacturing, storing, distributing, maintaining and repairing, modernizing and removing from inventory (ANNEX-D).

DEFENSE INDUSTRY PRESIDENTIALS must be established in Nine Regional Islamic Countries Federations under the Ministry of Defense Industry within the ASRICA Confederation of Islamic States. Furthermore, under these presidencies, DEFENSE INDUSTRY PRESIDENCES should be established within the National States affiliated to each Federation of Regional Islamic States. 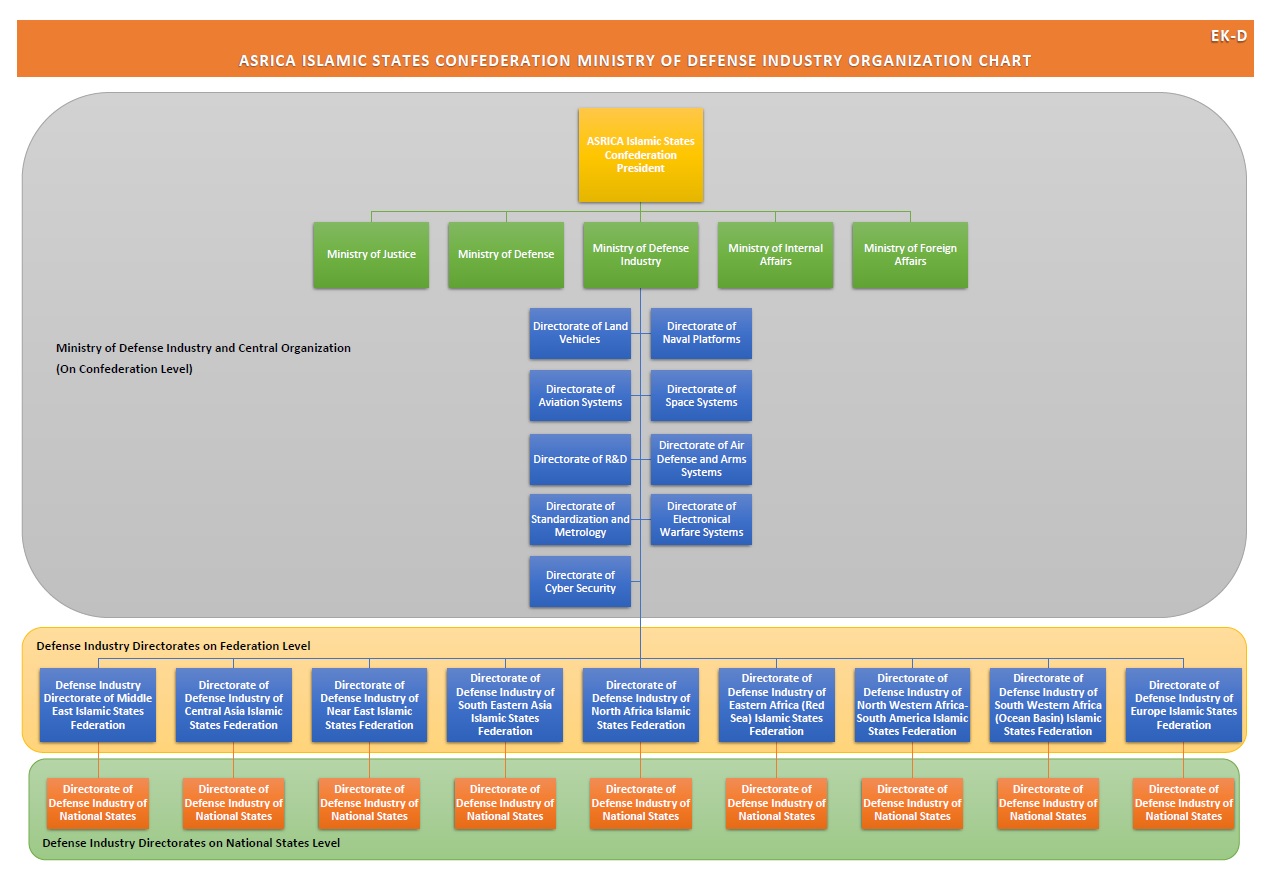 Within the scope of Defense Industry Production, R & D, STANDARDIZATION, CERTIFICATION, ACCREDITATION, CODIFICATION and MAINTENANCE REPAIR centers should be established in the Regions of the Main and Subcontractors.

ASRICA Joint Defense Industry Production Support Fund, Joint Space Technology Center and Particle Acceleration Center should be established within the scope of scientific research. In addition, reduction quotas on the basis of customs union should be applied in the use of energy and raw materials required in defense industry production.

We hereby declare that we are committed to planning and implementation of International ASSAM CONGRESSES with MAIN THEME of the elements above.

Make sure you enter all the required information, indicated by an asterisk (*). HTML code is not allowed.