“ASSAM”, the Association of Justice Defenders Strategic Studies Center, which understands that the prosperity of Muslim nations, the security and survival of the states they have established, the establishment and execution of peace in the world, the dominance of justice and the collection of Islamic countries that accept the geography of ASIA-AFRICA, that is, "ASRICA" the axis, under the will of the Islamic world to re-emerge on the historical stage as a superpower, can be achieved by the union of Islamic countries, to achieve this aims;

Continue to work to identify legislation that will allow them. 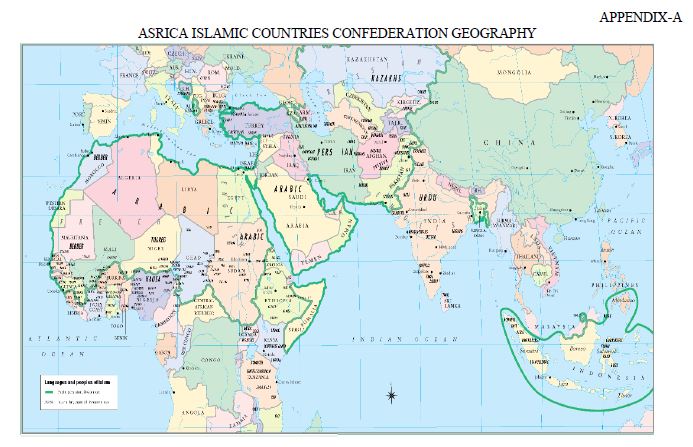 61 of the 193 United Nations Member States (31% of the number of members) are Muslim countries.

There are 1,894 billion of Muslim states population which is %24 of 7.8 billion people of world population while 30,848 million km2 (20.6% of the world's Land) of 150 million km2 of world land constitute the territory of 61 Islamic countries. The Islamic world, which has 55.5% of the world's oil reserves, 65% of its production, 64.1% of its natural gas reserves, 40% of its production, has a geopolitical value that combines its geopolitical position, common civilizational values and historical accumulation, as well as opportunities, efforts and goals to become the superpower of the future in the geography of ASRICA. (APPENDIX-A)

Given the defense budget of the Islamic world, the number of military weapons, tools and equipment, it has the potential to be in the top three among the world's superpowers.

Without changing the national borders and structure of the 61 Islamic States at the axis of ASRICA (28 in Asia, 27 in Africa, 4 in Europe, 2 in South America), NINE REGIONAL FEDERATIONS according to their ethnic and geographical proximity and a CONFEDERAL structure formed by these regional Islamic federations are considered possible to create an ISLAMIC UNION by gathering under a common will

For the formation of an Islamic Union; 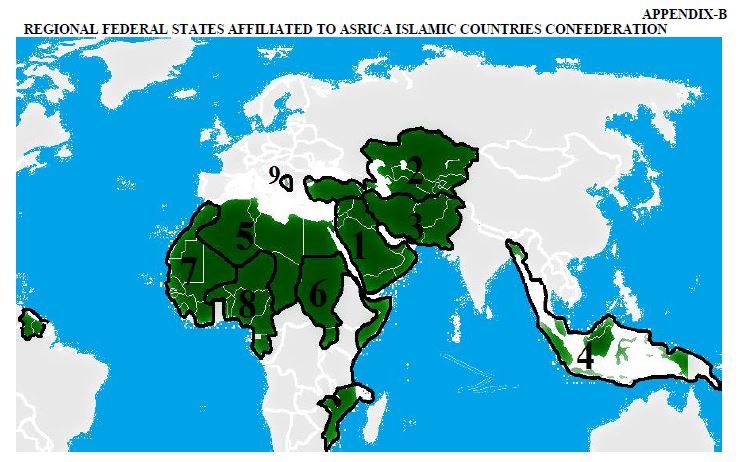 From six areas of activity of the Federations of Regional Islamic States, (Customs and Trade, Transport and Maritime, Economics, Science, Industry and Technology, Development, Culture and Tourism) 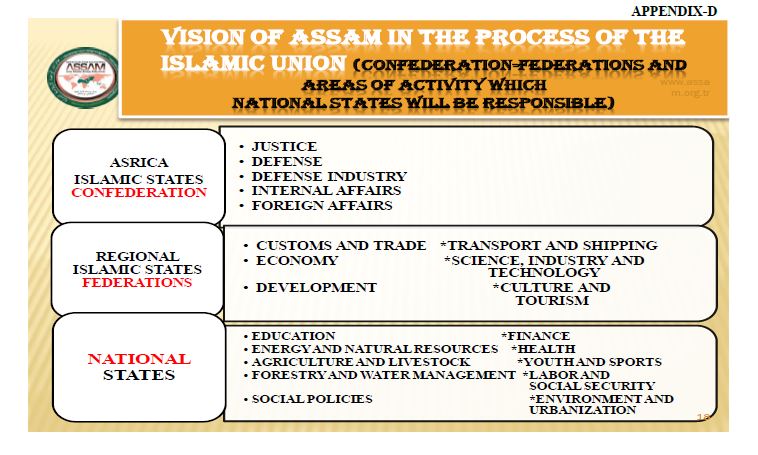 To enable Islamic countries to achieve prosperity above world standards and gain their economic independence; to establish an Islamic economic system as a second step towards the Islamic Union, which uses the technology of the age, promotes production, is based on the exchange of goods and services, is interest-free, protects labor-capital-consumer, provides fair income distribution, is not affected by the fraudulent guidance of global powers, has an autonomous monetary circulation system;

In the Cabinet of the Confederation of Islamic states of ASRICA, it is appropriate that the Ministry of defense industry should be one of the five ministries to carry out the activities of identifying, manufacturing, storing, distributing, maintaining and repairing, renovating, modernizing and removing from inventory the needs of Defense Industry Products. (APPENDIX-E) 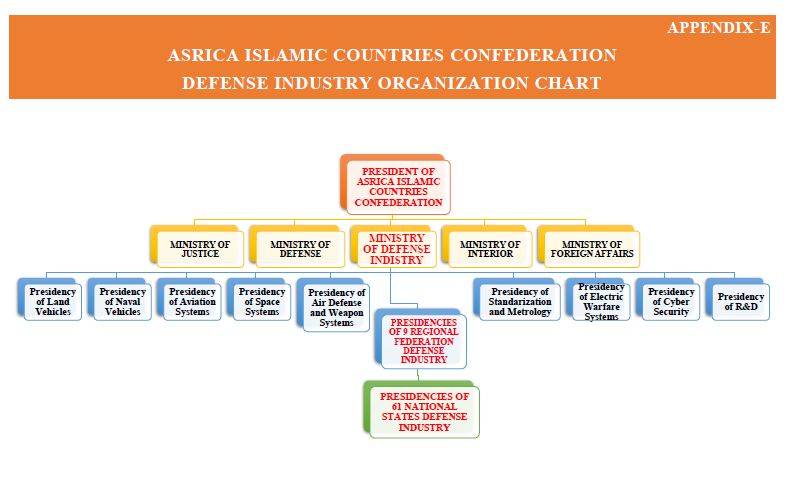 ASRICA Joint Defense Industrial Production Support Fund, Joint Space Technology Center and Particle Acceleration Center should be established within the scope of scientific research and discount quotas should be applied on the basis of customs union in the use of energy and raw materials required in defense industrial production.

The main branches of science should be established in vocational high schools and universities related to Defense Industrial Products allocated to Regional Islamic Federations and National States that are assigned the role of the main and sub-contractor of the defense industry.

Defense industry product inventory, identification of needs, storage and distribution, as well as renovation, modernization, separation into HEK-MAL (scrap – debris - outdated material), recovery and conversion activities should be managed centrally by the Ministry of Defense Industry.

According to the ASSAM envisioning, DEFENCE is one of the five areas of activity to be carried out by the Confederation from the Centre.

The Chief of Staff, located in the center of the Confederation, is envisioned to consist of “JOINT OPERATIONS COMMANDS” at the Army Level, stationed at the center of each of the nine Regional Federations with Land, Sea, Air, Air Defense and Missile, Cyber and Electronic Security Commands.

Given operational control of JOINT OPERATIONS COMMANDS and deployed in the Centers of national States; (APPENDIX-G, APPENDIX -H) 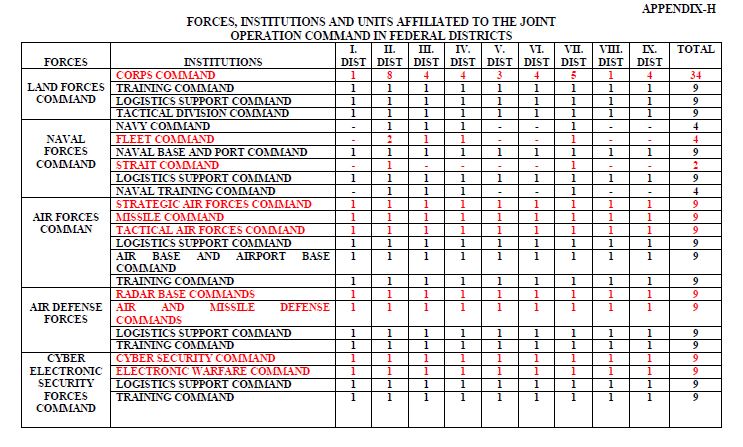 a. a. AS A COMBAT SUPPORT ELEMENT

Envisioned the establishment of them.

b. AS A COMBAT SERVICE SUPPORT ELEMENT;

Envisioned the establishment of them.

Combat, Combat Support, Combat Service Support Commands and affiliates in each regional federation geography should be assigned to the operational control of The Regional Islamic Federations Joint Operations Commands. (APPENDIX-I)

In subsequent years, in order to present the Islamic world with an appropriate model of legislation related to the “Union of Islamic States of ASRIKA” :

WITH THE MAIN THEME these INTERNATIONAL ASSAM CONGRESSES are planned and implemented.

BOARD OF DIRECTORS OF ASSAM

Make sure you enter all the required information, indicated by an asterisk (*). HTML code is not allowed.